TDE is a SQL Server feature which encrypts your data at rest, i.e. your database files. When TDE is enabled encryption of the database file is performed at the page level. The pages in an encrypted database are encrypted before they are written to disk and decrypted when read into memory. TDE does not increase the size of the encrypted database. Here is TDE architecture schema from MSFT documentation:

Scenario 1. On-premise SQL Server 2017 (this will also work for SQL Server in a Azure VM). You can use the following SQL script to enable TDE:

Be sure to replace ‘K2’ with your target database name and adjust password value. Script uses IF clauses to avid creating things which already exist (which are missing in the sample script you can find in MSFT documentation). Once TDE is enabled you can confirm this in the database properties using SSMS GUI: 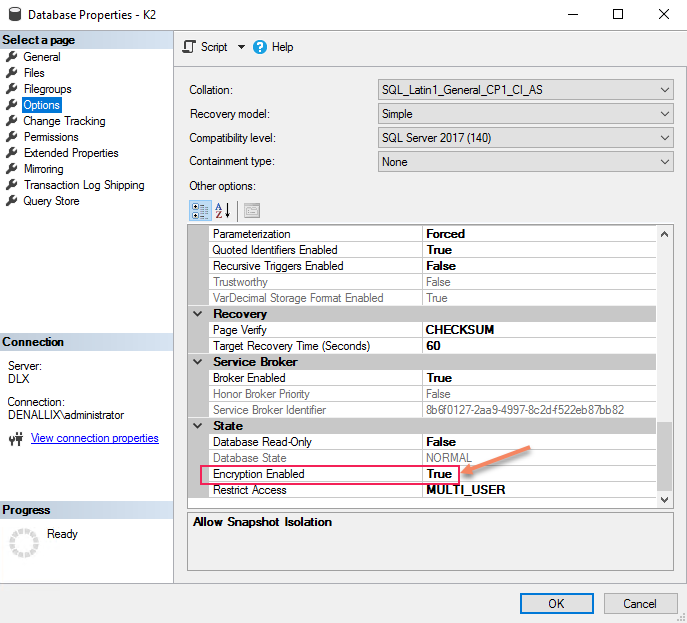 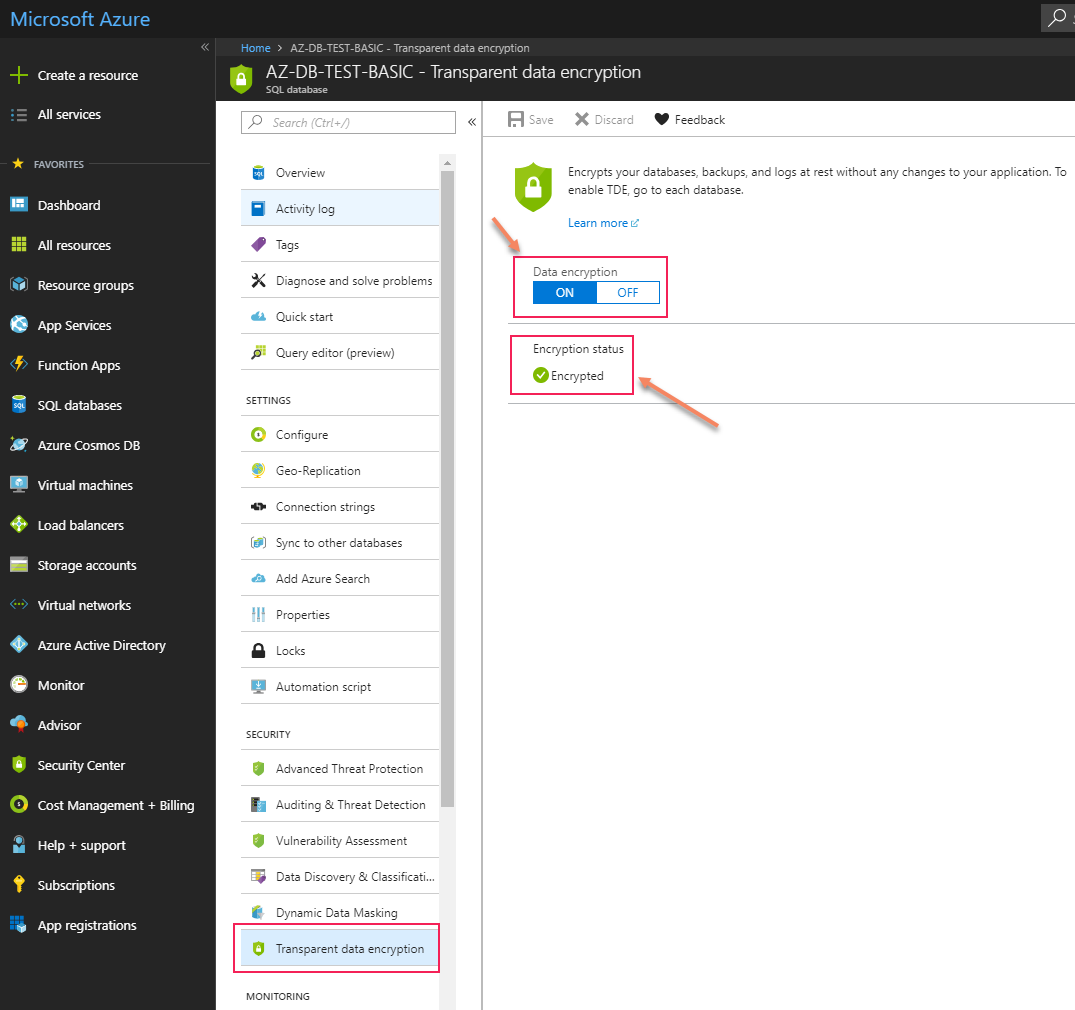 Other approach called Bring Your Own Key and requires use of Azure Key Vault.

TDE can also be managed with PowerShell, Transact-SQL and REST API. PowerShell contains number of cmdlets for that:

Once TDE has been enabled there is also options to check whether it is enabled or not using T-SQL:

The SQL Server Security Blog on TDE with FAQ