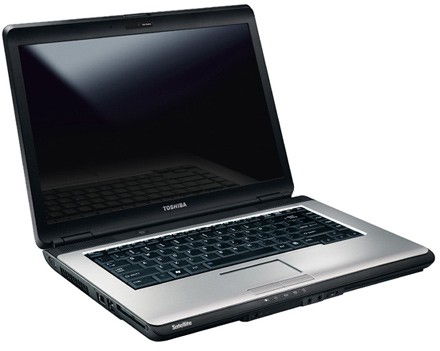 Just a little note which maybe of interest for users of old hardware, in particular Toshiba Satellite L300 laptop. Earlier I wrote about adding SSD drive into it _, and my results were that with Windows Vista SSD doesn’t help that much: it is better with SSD but still extremely sluggish due to the fact that Vista does not support SSD properly. I also linked underwhelming performance to the fact that I put x64 Vista on 2 GB system (and there is commonly accepted opinion/rule of thumb of not installing x64 Windows on anything with less than 3 GB of RAM). Back then I was not able to install Windows 10 TP on this laptop (likely because of some missing driver).

Recently I finally revisited this laptop and successfully installed Windows 8.1 which was immediately upgraded to Windows 10. So this laptop runs Windows 10 x64 with 2 GB RAM and with SSD and this configuration significantly faster and more responsive. Really good example that to unlock your hardware potential you need support from software, and also illustrates quite well superiority and quality of work MSFT done in Windows 8.1 and 10 – it really works better than old versions even on the same hardware.

Slight issue was Canon Pixma 630 printer which was in use with this laptop. Pixma 630 officially not support Windows 10, so drivers available only for Windows 8.1 – but they are work just fine for Windows 10 – I was able to verify this.

Also in case you on the fence about x86 VS x64 problem your extra incentive for selecting x64 may be greater security and quality of drivers. Essentially x64 Windows 8/10 is more secure because it has: mandatory driver signing (x86 missing this), Address Space Layout Randomization aka ASLR (x86 has it but on x64 it is much more efficient due to larger address space), Kernel Patch Protection or KPP aka PatchGuard (prevents software, even drivers running in kernel-mode, from patching the Windows kernel for x86 this is technically possibly but never was implemented to preserve backward-compatibility with old software), Data Execution Protection (more strict and always enabled for x64 programs), WOW64 compatibility layer (enforces some restrictions on these 32-bit programs which runs on top of it) and guess what else? Dropped support for 16-bit applications 🙂

My conclusion is that nowadays I only would care to install x86 OS on hardware which has historical value as vintage piece for collectors or geeks and can’t support x64 OS, other than that I will either put x64 OS or would recommend upgrade hardware.